is the #1 dedicated wiki that any Desperate Fan can edit about the hit ABC comedy-drama, Desperate Housewives, including the Housewives, cast, crew, episodes, and more! 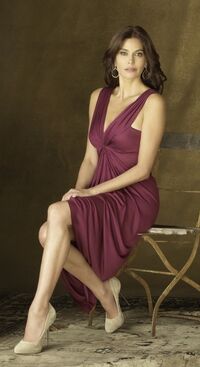 Susan's best quality is also the one that gets her into the most trouble: her huge, open heart. Vivacious, smart, and warm, Susan has a habit of opening herself too easily and seeing the best in everyone, even when her judgement tells her otherwise.

Susan is a former children's book writer and illustrator but takes a job as an art teacher's assistant at a private elementary school in the fifth season of the series. She has been married four times—twice to Karl Mayer and twice to Mike Delfino—and has two children, Julie Mayer and M.J. Delfino. (more)... 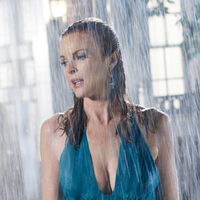 Rain is falling on Wisteria Lane when we catch up with the ladies six months later. A baby on the way and her marriage on the rocks, Gabrielle finds herself with more than she can handle; Lynette tries to embrace her newly extended family, and Orson's mysterious past begins to unfold. Read more 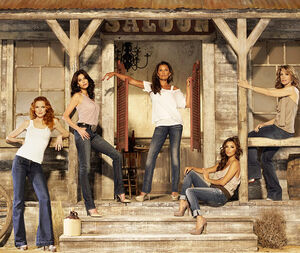 
Refresh for another quote

Everyone Has A
Little Dirty Laundry...

With its darkly comedic take on suburban life and its unconventional heroines, Desperate Housewives has got the world buzzing!

Retrieved from "https://techteam-qa2.fandom.com/wiki/Desperate_Housewives_Wiki?oldid=16776"
Community content is available under CC-BY-SA unless otherwise noted.